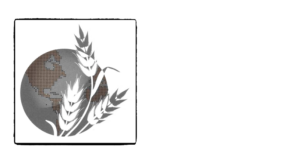 The Marysville Berean Church started in 1976 as a home Bible study by concerned Christians with a view to eventually starting a new church in town. The church is part of a fellowship of churches that share the same beliefs about their faith in Christ.

The Berean Fellowship first began on Sunday, August 21, 1932, when thirteen people gathered in a North Platte, Nebraska, home. They came not to start a movement that would have a worldwide impact, but to pray together and hear teaching from the Bible. God caused the group to grow as many people in the community placed their faith in Jesus Christ.

Initially known as the “Church of the Open Bible,” in 1935 the fledgling congregation found a more fitting name as “The Berean Fundamental Church.” Though the word “fundamental” has since lost favor in our culture, to those founding families it had a wonderfully simple depth of meaning: their church was based on the “fundamentals” of the Christian faith.

The name comes from the Bible. In the Acts of the Apostles is the historical account of a group of people from the ancient Roman city of Berea. According to the Bible, “these (Bereans) were more noble-minded than those of Thessalonica, for they received the word with great eagerness, examining the Scriptures daily to see whether these things were so” (Acts 17:11).

From this simple beginning, God sparked a movement that, within a few years, would grow from town to town across Nebraska and into surrounding states. Today, the Berean Fellowship comprises 60 churches in eight states across the Midwest, Northern California and Southern Oregon, as well as Canada.

The Berean Fellowship was built upon a solid biblical foundation and has always placed special emphasis on the authority of Scripture, the supremacy of Jesus Christ, and the importance of advancing the gospel through personal relationships, church planting, and world missions.